Welcome to our seventh newsletter of the year! March is over and we are finally in spring. For the past month I saw vast improvement in many of my students, especially in their writing. The weekly topics were Building and Construction, Cities, maps, and Spring and Summer. We have continued our focus on conversing with full sentences with good pronunciation, and have also begun work on proper speaking rhythm. In addition we have continued to work on independence and fluency in our writing.

Our first weekly theme was Building and Construction. The students showed great enthusiasm during our discussion about this week’s theme. They demonstrated their knowledge about the parts of a building, and the designs of a building.  During role-play, we worked to build our own buildings for a multitude of purposes. The students also built a suspension bridge together for our science lesson. All of our work was saved to made into a little city during our week on cities.

The second week in March focused around cities. The students had a great time learning the nuances that define a city, as well as the differences between cities and other communities.  They also had a great time planning and constructing a miniature city with the buildings and bridge that we made the previous week.  It was amazing to see the children so focused and involved in creating a functioning city with the necessary infrastructure.

During the third week of lessons we worked to understand the uses and functions of maps. This was a very fun week for the children because we were able to draw upon their natural curiosity for the map that we have in the back of the class.  During our science lesson the children had an immense amount of fun leading each other around the class blindfolded, and only using their directional skills.  They also seemed to enjoy the trip planning exercise we had during our role play lesson in which we had to finance our own trip outside of the country and make sacrifices in order to afford it.

The final week of lessons was about spring and summer. The students did an amazing job at recalling the material we have learned this week while we did our brainstorm.  They seemed to be well versed in the clothing, weather, and life cycles that revolve around these seasons.  They learned a lot during our science lesson when we studied the effects of different continental shelves and the causes of waves.  It was an amazing week.

The writing samples included are from our work in our journal lessons. We usually use our journal exercises to expand upon the material we learn during the weekly introduction and make it personally relevant.  The topics covered in the samples were buildings and construction, and spring and summer.  During the first sample I had the students try to write about their homes. In the second sample I had the students try to write a story about a vacation that they took or would like to have taken. As with last week we have continued to focus more on stories as a class due to their ability to force students to think in a unified manner.  This month they seem to have improved greatly in this task that I have given them. 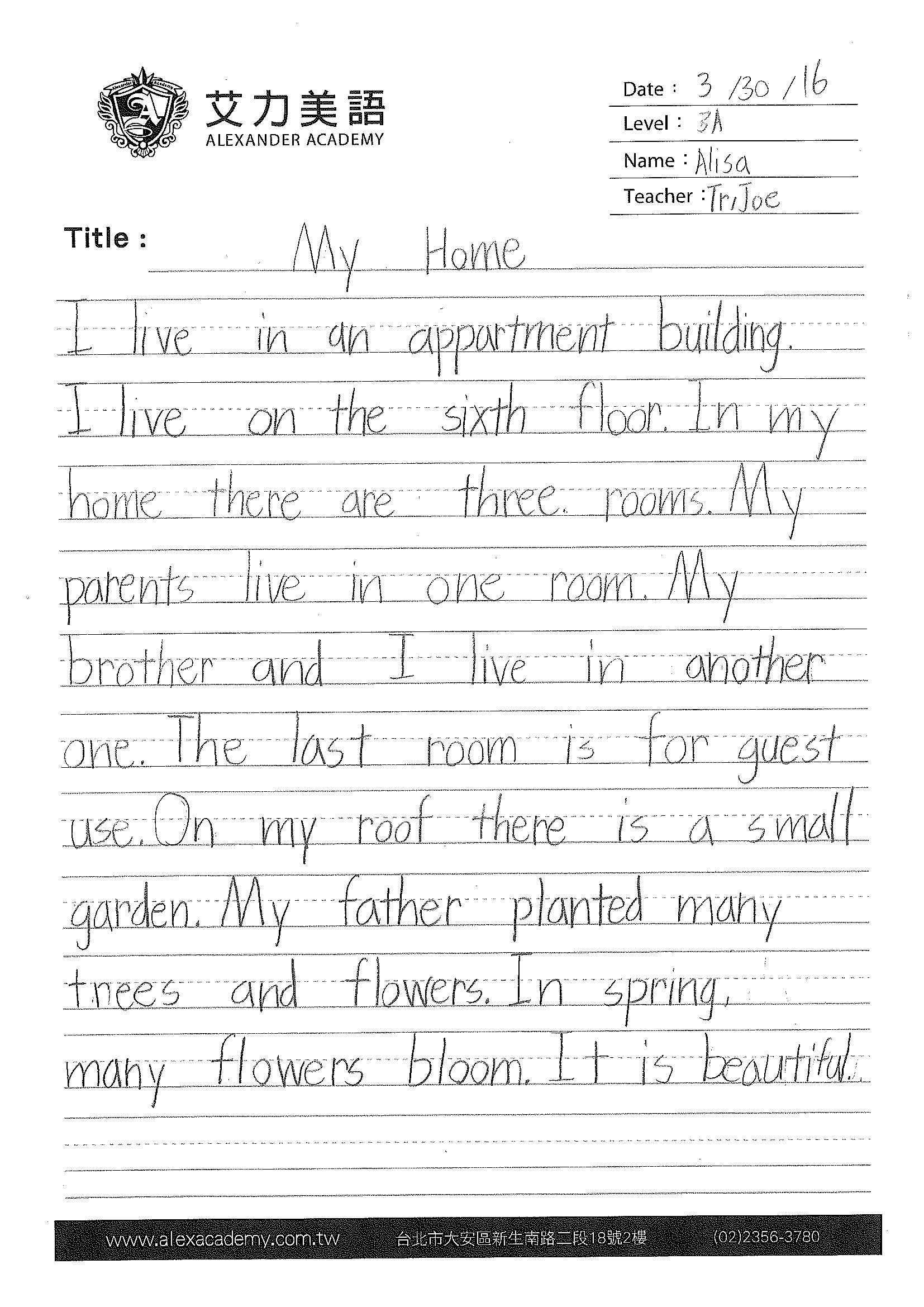