Over the last few weeks of the semester, the Level 6 class worked diligently and learned a variety of new things. They also had a good deal of fun throughout this process. In Language Arts, the students focused primarily on how to use adjectives and adverbs correctly. For example, they learned how to use the comparative and superlative forms of adjectives. Also, they studied how adverbs in sentences are used to describe how the verbs are being performed. Finally, there was a refresher unit on how and when to use a/an/the, which can be tricky at times. The students had numerous opportunities to practice these grammar patterns and, for the most part, seemed to grasp the concepts quite well.

In Science, the students learned about a number of earth science-related topics. They spent a good deal of time studying the earth’s surface and they learned about a wide variety of geographical features ranging from volcanoes to glaciers to canyons. In addition, they learned about the earth’s core and its composition. They also learned about the importance of soil and what erosion and weathering are. There was also a chapter about natural resources and how humans use and often abuse them. Finally, the students learned about energy resources along with the advantages and disadvantages of using non-renewable and renewable energy sources. They got quite excited when discussing electric vehicles, especially Taiwan’s own electric scooter company, Gogoro.

We read some thought-provoking stories in the Journeys book. For instance, we read a story about how advances in technology and urban development were rapidly changing traditional Japanese society in the 1960s. Also, we read about the young Thomas Edison and his journey to becoming the world-renowned inventor and scientist. Lastly, we read a story about Michael Jordan’s youth and how he became a professional NBA player. The range of texts was quite diverse and each story was interesting and engaging for the students, eliciting some great class discussions.

In Social Studies the students mainly studied how the American West was developed. They learned how most settlers moved from the east starting new towns along the way. Also, they learned about how some of these towns evolved into the cities we know today, for instance, St. Louis. In addition, they discovered how new inventions in the 1800s greatly changed transportation (the railroad) and communication (the telegraph) in the USA and then the world. They also learned about the conflicts that arose from this westward expansion, especially those between the Native Americans and advancing settlements. Another important topic we covered was the vital contribution that immigrants from Europe and China played in building the USA. Finally, the students learned about two other nations, Canada and Brazil.

The students also had some opportunities to do some journal writing. The journal brainstorming and prewriting really helped the students come up with their own ideas. We spent most of our time focusing on a journal piece called My Life as an Ant. The students enjoyed this topic and came up with some creative and interesting ideas for their stories.

Each student in the Level 6 class worked hard and contributed to the class discussions. They worked well together and are all on track to continue learning during the next semester. 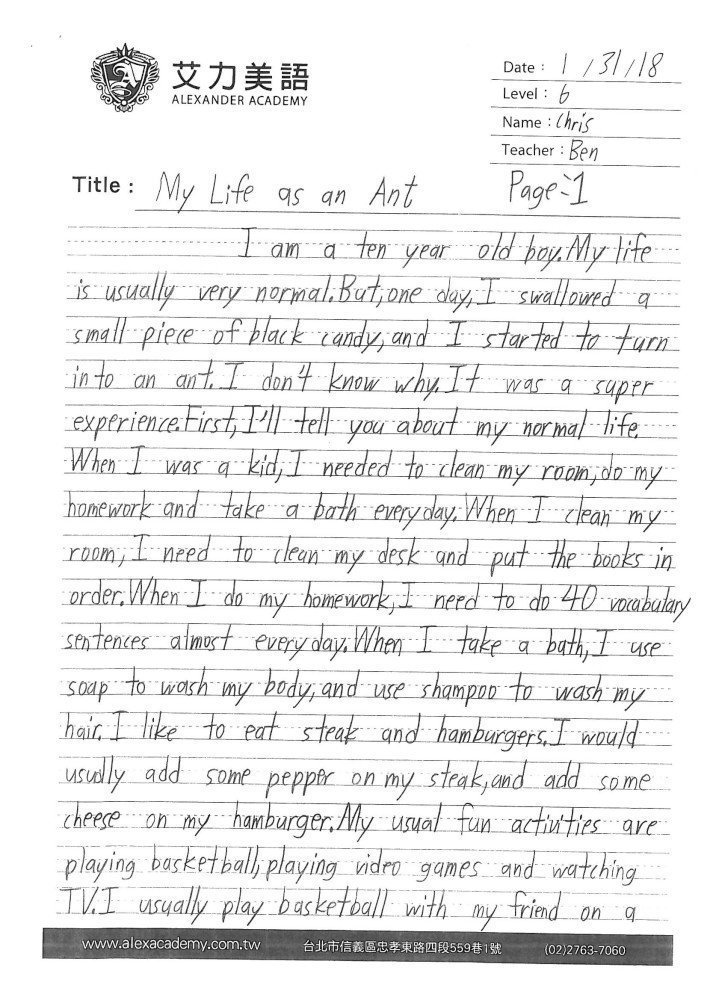 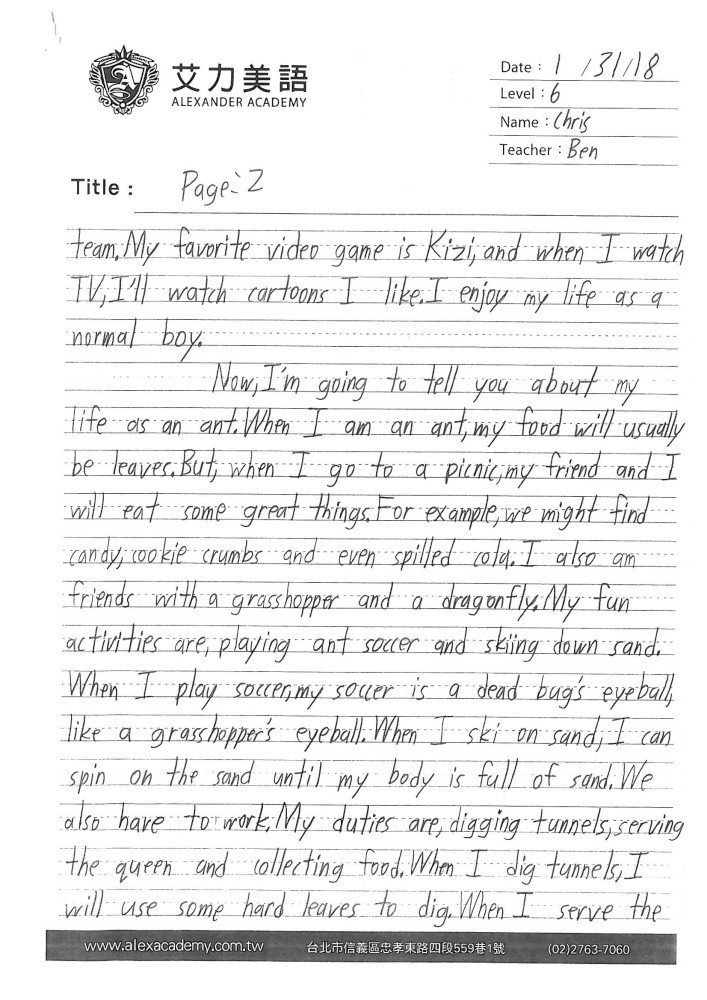 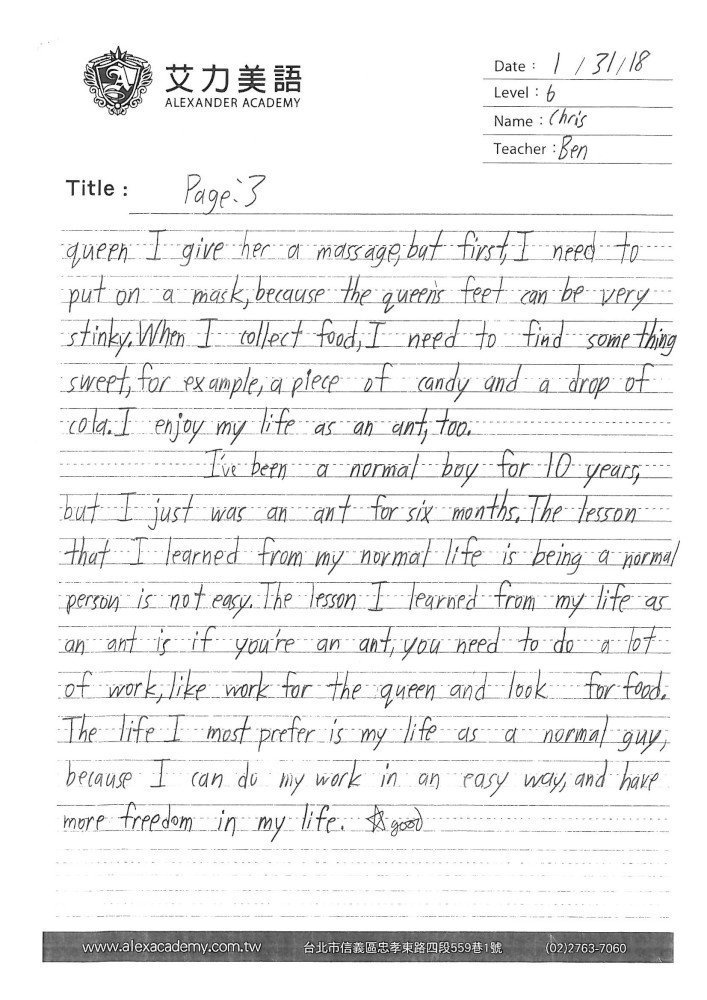 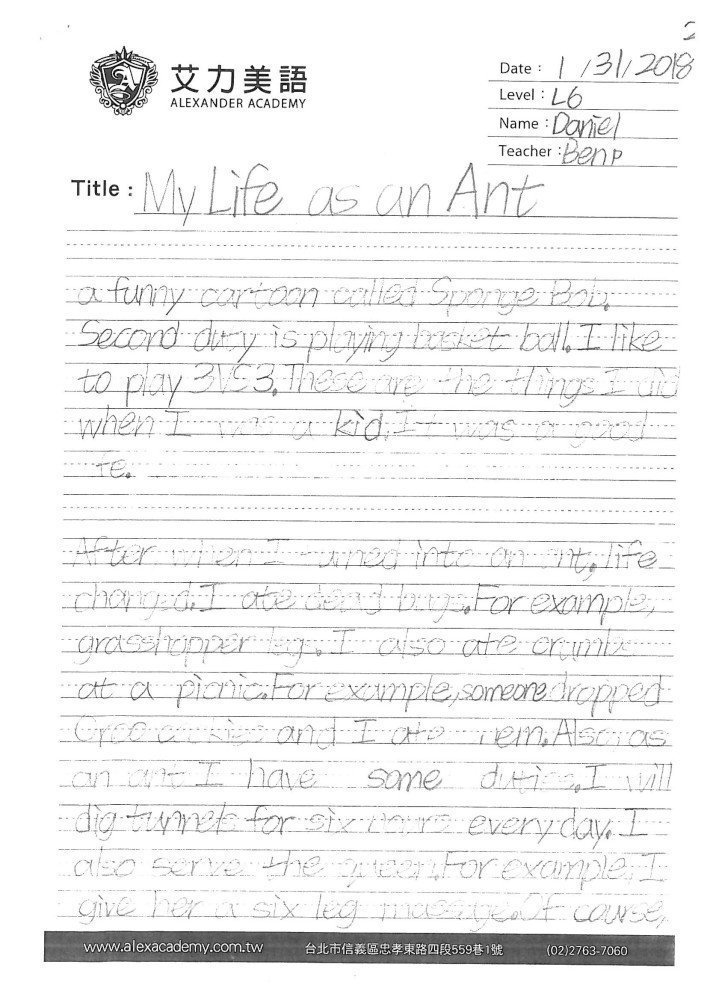 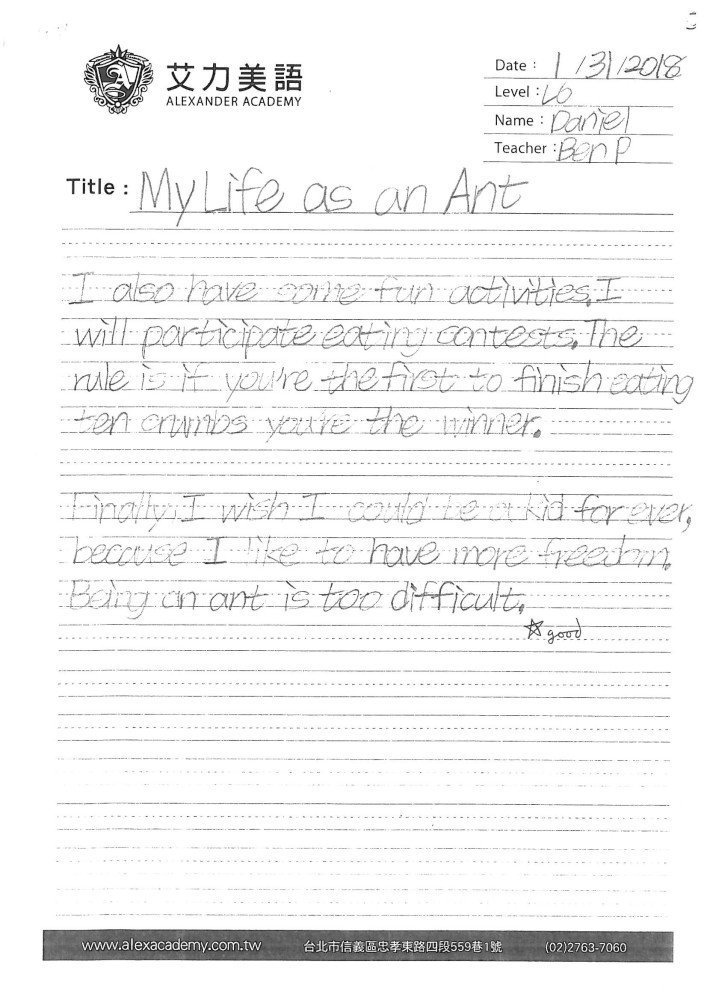