Thinking A Move Ahead

Chess is a fun game. It involves strategizing, planning, and focus. Here are a few executive functions that chess helps you improve in!
First, chess helps one juggle time against quality. In chess, one has a clock and a limited amount of time to work with. One either loses by checkmate(the aim of the game), or by time. Because of this game mechanic, chess trains one to juggle time against the quality of your moves. If you move too quickly, you might make a blunder, whereas if you move too slowly, you run out of time. This trains one’s ability to prioritize, as in some games you might be low on time and in others you might have plenty. The ability to handle time and find balance applies to anything from taking the SATs to delivering business presentations.
At its core, chess helps with the ability to make decisions, regardless of the time factor. This quality is trained because in chess, you have to think about many different moves. One has to pay attention to potential traps, whether you’ll be checkmated, how to attack, etc. This ability to account for so many things at once is very helpful if one needs to make a decision. It helps one to think holistically and consider all the factors. It also teaches one to be extremely careful with decisions: with one wrong move, you could lose the game. If you don’t see a mate in 1(an almost checkmate), you might lose even with a winning position. In life-changing decisions such as whether or not to move to America or go to boarding school, chess helps you think of all factors, including monetary values, risks of failure, social problems, and more. Although chess does not directly influence these decisions, it trains you to watch out blunders and mistakes.
Finally, and most importantly, chess teaches you to focus. In chess, you need to constantly try to read your opponent, study the board, etc. A slight loss of focus leaves a trap unnoticed and, in the end, a loss. As published by The Huffington Post, focus “is so important because it is the gateway to all thinking.” Basically, focus helps one think, and what’s more important than thinking about a decision? Focus really is the center of everything, and that is why it’s important that you train it well.
So, to conclude, not only is chess fun, but you also learn a lot of key qualities as well! So… uhm, what are you waiting for?
Yet another fantastic quality that you learn from chess is how to judge an opponent and read their expressions. They will often give signals of when they want to resign, or draw. They could also give away signals of threats to you. If they are looking at one side of the board, there is probably something going on there that they are paying attention to. Maybe it’s a good move for them, so you should defend. Maybe they’re scared of a good move from you; find it! Although this isn’t an executive function, it is one of the many factors I noted above. This quality really helps me out in social situations, like reading a friend, or finding out why someone is unhappy. We call this Emotional Intelligence and it’s another reason you should play chess!

The greats that played chess 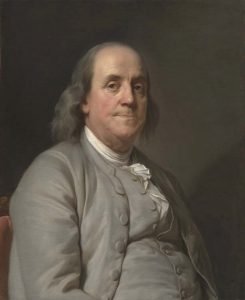 Benjamin Franklin
-Publica, author and inventor
One of the founding fathers of the United States of America, he was so enthusiastic about chess that he wrote a book called ‘The Morals of Chess’

Winston Churchill
-Publican and author
He won the 1953 Nobel Prize in Literature and served as Prime Minister of the United Kingdom. He was one of the founders of the Oxford University Chess Club. 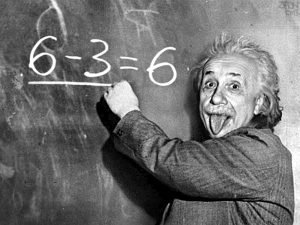 Albert Einstein
-Physicist
He was a German-born theoretical physicist who developed the theory of relativity. He always had a chessboard set up at his home. Einstein was an amateur chess player. 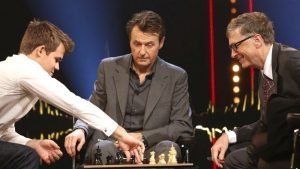 Bill Gates
-Business Magnate
Bill Gates, who is the father of Microsoft, had challenged the 2014 world champion chess player Magnus Carlsen and was beaten in just 9 moves and 80 seconds.