Level 2A continue to work hard in their phonics books and their Songbirds books. Their pronunciation is sounding very good as we practice the sounds and blending of each word. They are using their knowledge of their phonics and the illustrations of their Songbirds books to fully understand what is happening in a story and are very good at answering my questions about what is happening in the book.

Students learned about four new themes this month. The themes were Farm Plants, Insects, Earth/Recycle, Solar System, and Space. In farm plants week the students could review some of the material they learned in the month before during farm animals week. In an interactive Role Play the students worked together as farmers to act out and discuss of planting crops and harvesting them when they are ready.

The last two weeks focused on Earth and the importance of recycling, and the Solar System. The students learned about the composition of the Earth and the effects that humans have on the Earth, particularly causing pollution. In a forest clean up Role Play, the students picked up recycling and told each other which bin it should go into. The following week allowed the students to talk about the other planets in our solar system, their composition and position in space. Students learned about gravity in a Science experiment by watching different objects of different weights fall at the same speed to the ground.

The writing of each student continues to improve with each journal lesson and students are very proud of the progress they have made. The class continues to work on their end of year performance. They are doing a great job! 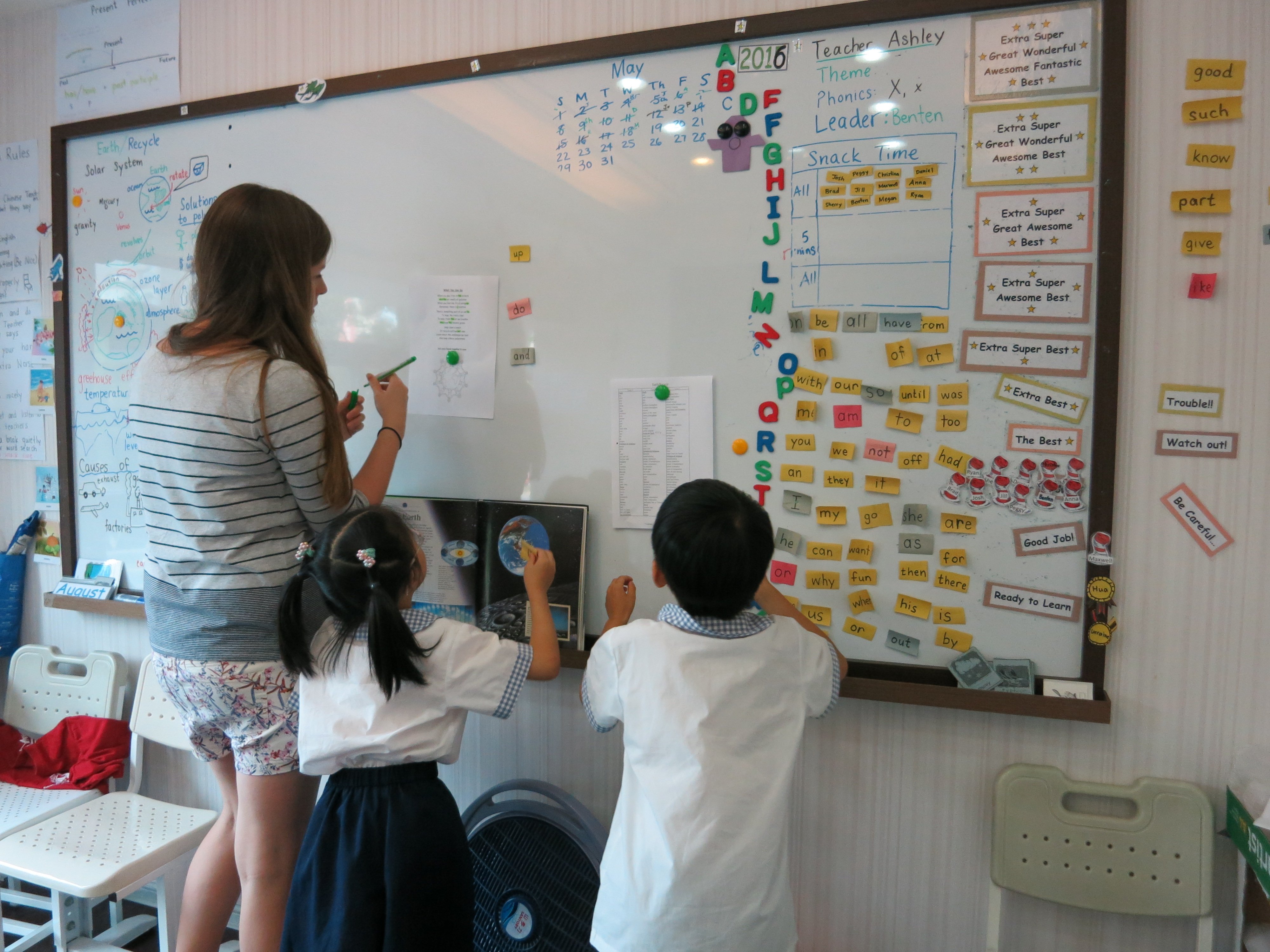