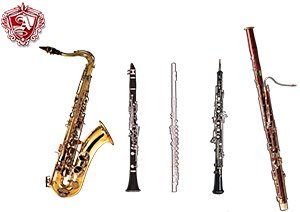 The woodwind family depends on the vibration of air in a tube, like the brass instruments. While flutes are simply played by blowing into the mouthpiece, other woodwind instruments achieve their sound with a reed. With a high pitched and piercing sound, the flutes are now a permanent member of the orchestra. They entered the orchestra in the 18th century. The combination of flutes and violins make a sweet and delicate melody. The oboe is an interesting instrument. Oboe players don’t directly touch the mouthpiece of their oboes; instead, they depend on their double reed. While the flute and oboe have a relatively high pitch, the bassoon plays more of a bass tone. Saxophones are also members of the woodwind family, but have become jazz type instruments used in big band music. 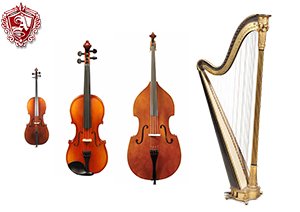 There are many strings instruments in the orchestra. In fact, they typically take up around ⅔ of the orchestra! Some examples of string instruments are the violin, cello, and harp. Violins existed since the 16th century, but weren’t used in the orchestra until the 17th century. The unique traits of the violin are its richness and agility. Most orchestras have the musical textures defined by the violin and they usually have the melody. As for cellos, they are also important because it acts as the background or contrast to the melody. In some specific performances, they could also have the melody and solo! The purpose of the harp is to add color and delicacy to the orchestra. 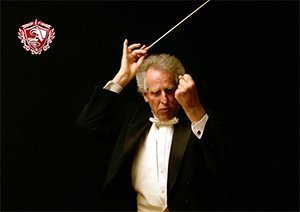 Conductors have a crucial role in the orchestra. He or she controls the score and time, keeps the beat, and decides how long to play some notes. An interesting fact about the conductor is that there were no conductors in the time of the renaissance. They were only recently added because there were bigger ensembles and bigger orchestras. Synchronizing all that with a person to lead it was too hard.